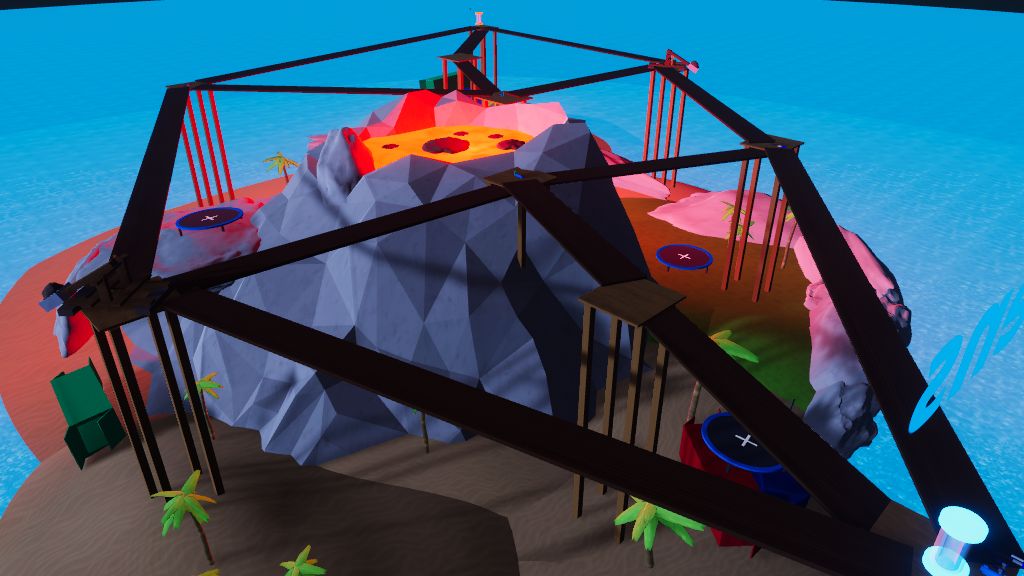 Jump in the fray and join a horde of zombies or an invasion of aliens in a battle for a secret island! Use your squirtgun to take out as many opponents as possible in this popular bubble shooter. But watch out! The water level will start rising after two minutes, and will almost cover the entire island after four minutes.

Rack up points by hitting enemies and capturing the other team's secret formula hidden at their end of the island!
Each time you get an opponent you score 10 points. Each time you capture the formula you score 100 points!

You can learn how to make a game just like this too! Blocksmith's Battle Royale Quest curriculum teaches how to create a bubble shooter game with squirtguns, highscores, and even the catapults.

Available Weapons in the Game:
Water Pistol = Basic watergun every player has at the beginning.
Water Rifle = Look under the tallest towers to find the snipers.
Water Bazooka = Find them near the volcano and watch out!
Catapults = Press "e" on their levers to launch a fireball at the other team!