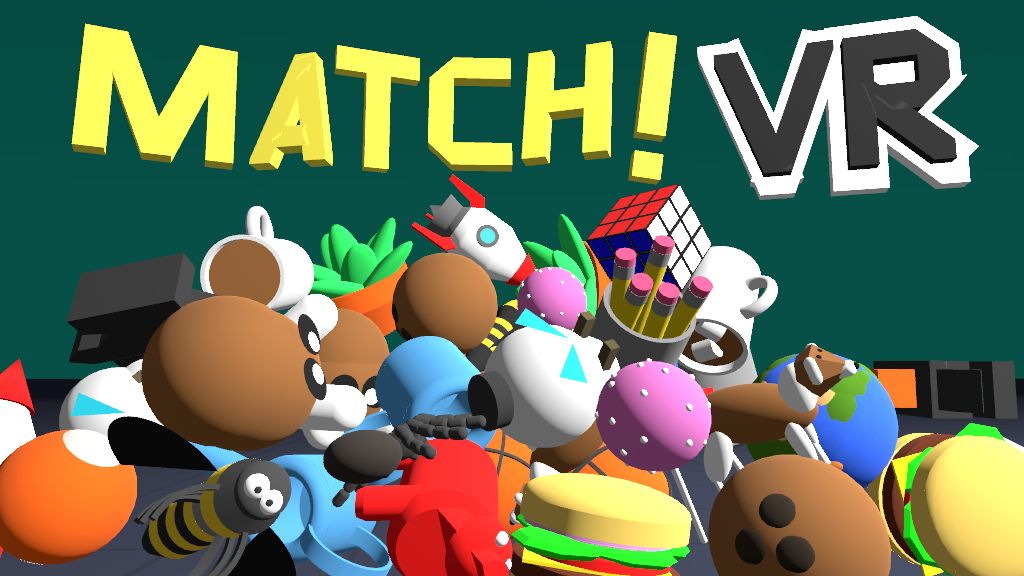 Match each object to win the game! Start with a plethora of objects released into your play space. You are scored based on the amount of time that it took you to solve.

This game is a 3D adaptation of the popular card matching games that are designed to test students memory. Unlike matching card games, the items are revealed to you all at once. This game will instead challenge your reflexes and attention to detail! There are twenty-two models to match. By playing, you will learn to quickly identify specific objects from a large group. How fast can you complete the puzzle?

Need some models for your own creation? You are free to use the models from this game in your own Blocksmith experience! As an addition for the game makers and modelers out there, each model is available for you to use in the Blocksmith models pool.

Did you have fun playing my game? Did you have any problems with it, or have some feedback to give? Send a message to the Blocksmith discord if you have something to share :)

This version is specifically made to be played on a VR device. Blocksmith experiences work on all devices. But sometimes, it's a good idea to honor a special capability of a device. In the Matching Game VR, we let players grab items with both VR controllers and push them together to match them. It turned out to be one of our fav versions!

Don't have a VR device? No problem. You can play the desktop version here: https://games.blocksmithxr.com/info/48666

Can you beat my record time of 35 seconds?