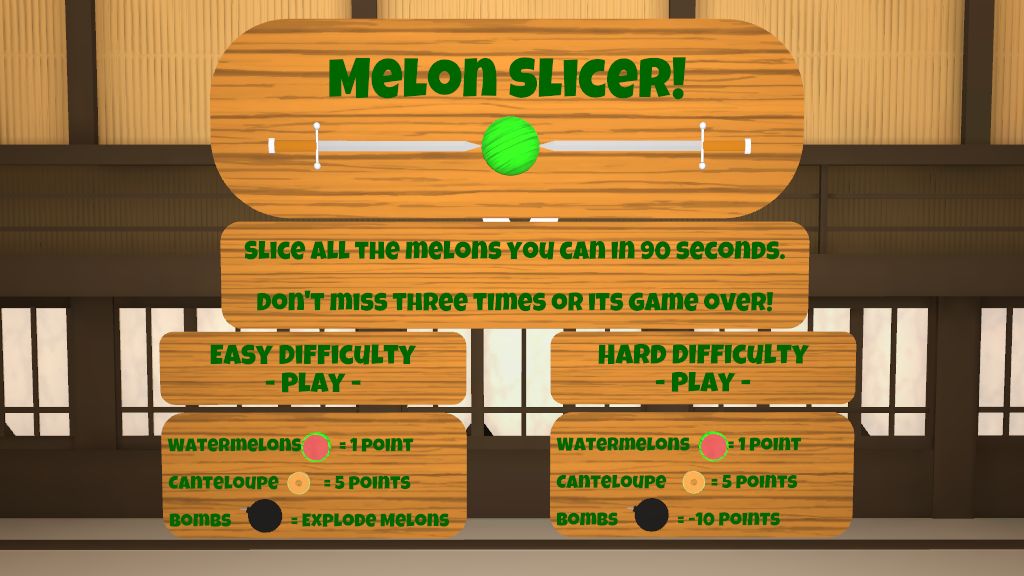 Slice as many melons as possible in 120 seconds!
What's the highest score you can get?

This version is specifically made to be played on iPad on other mobile devices. Blocksmith experiences work on all devices. But sometimes, it's a good idea to honor a special capability of a device. In this Melon Slicer games, we found that tapping on the flying melons was easier than trying to hit them with a sword!

Controls
- Tap on signs and buttons to select them.
- Tap on melons to slice them!

This version of the game has an extra difficulty mechanic: if you miss a slice three times, then its game over! That game mechanic was actually very easy to make for a mobile game. All it required was a variable to count the "misses" and a background object to capture them using an Interaction event!

Want to try making your own version with adjusted difficulty settings? Just remix this experience, and edit some of the values on the "Miss" counter variable and/or lower the melon's spawn rate.

Based on: Melon Slicer (PC)