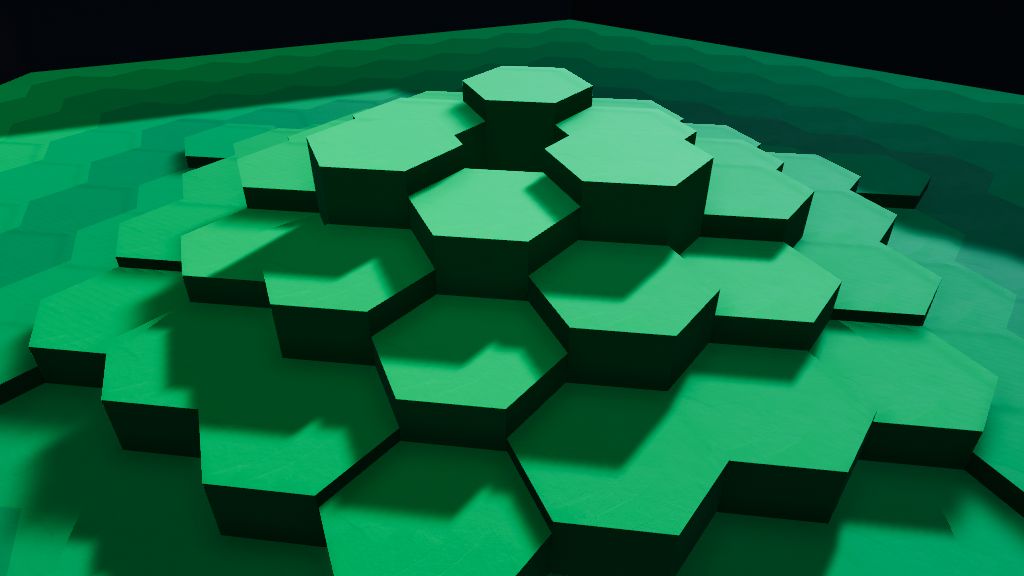 Each weapon has its own beat... knock the other players off the arena to win.

This game is an experimental version of my Arena Tumble game. It's inspired by the Minecraft mini-game "Spleef" where players attempt to destroy the blocks out from underneath other players' feet, causing them fall, in order to become the last player standing. In this game, the players do the same; but instead with a unique variety of projectile weapons. Each weapon is an instrument in a drum kit that thumps on a loop as the game plays out. Play with the 808 bass blaster, the snare projectile splasher, the hi-hat peashooter, or the kick drum rocket launcher. Learn the patterns of your own instrument/weapon to time attacks perfectly, and predict the timing of other players to dodge and plan for their attacks.

Got knocked out by the enemy players? Continue to participate from the lobby by firing down on the arena. The game is controllable using buttons in the lobby. It should automatically end when all players are gone from the arena.

Playable with up to 4 gamers. You can have 3 players too, and it will still be fun. Try 2 players for an epic duel. Challenge your best friend. Your family. Your dog. Fight to use your favorite weapon. Or ask nicely. An intense spleef battle with your friends and foes awaits!

Ask in the comments if anyone wants to play!