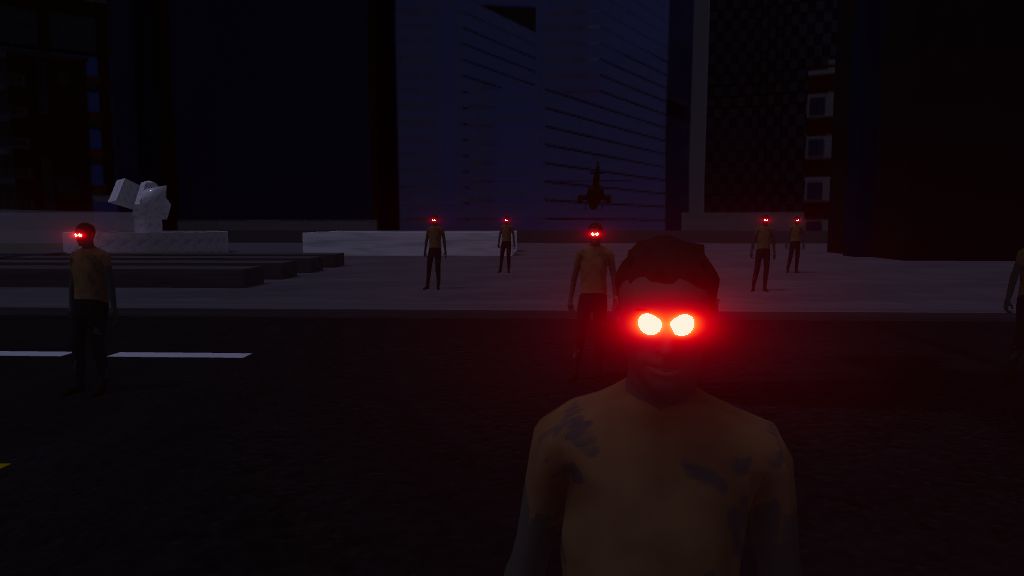 This demo experience shows how to use a Raycaster object as "vision" for characters in a scene. Each zombie has a Raycaster in their Head slot, which detects what they are looking at. If they catch sight of the Player, then its feeding time! They will instantly start chasing the Player at top speed, and the game will be over if they catch you...

Based on: Rocket Block