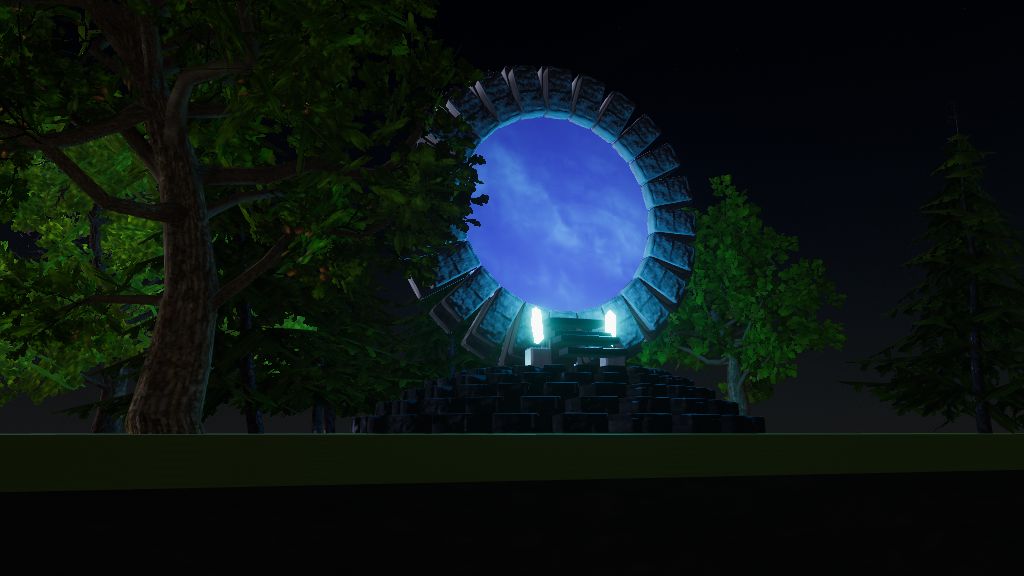 Demo: Portal in the Woods

Demo: Portal in the Woods

Enter the portal to move between virtual worlds!

You can add this portal to your own experiences to have a handy way of moving from one scene to another. To do so:

That will give you the portal scene to use in your own project!

This experience also demonstrates how to transition between scenes using a Trigger surrounded by a portal 3D model. Find the Trigger in the portal group and change its "On: Trigger Entered" event to point to the a new scene.

Background: I was inspired to created this simple Portal in the Woods scene when looking at 3D models other cool portals. They all seemed very easy to make, requiring just one scene and a few dozen shapes. With fall approaching and the days getting darker and colder, I also wanted to create a kind of spooky scene to celebrate the season! I was very tempted to include some ghost-like characters and a lot of fog, but I figured that people could add those Halloween-type details to their remixes if they want.

I used the iPad Builder version to create the portal 3D model itself, since quick object duplication and editing is great on the iPad. Then I saved the experience, and used the Windows PC Builder to do the intensive graphics testing and Trigger programming. I used the Windows Builder since a PC has stronger graphics than an iPad, so I could see it in the Realistic and High quality modes.

One of my main motivations was to make this 3D Portal scene look great on all of the Blocksmith artstyles. So anyone with a mobile device or Chromebook would have just as good of an experience as someone with a high-end gaming PC.