Play this Drone Flying game and check out the Youtube Livestream below to see how to make your own! If possible, play it on the Oculus Quest for the full experience. 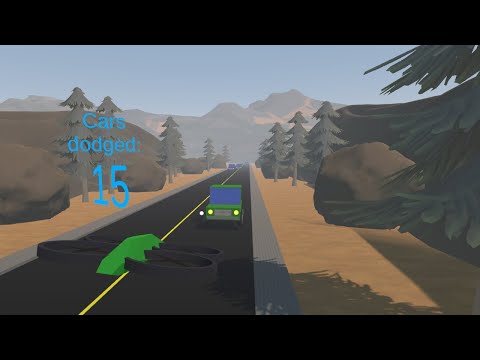 Background
Ever wanted to fly a drone but not have to worry about crashing or losing it? This challenge shows off the best of the Builder, especially how to quickly construct a game using simple event-based programming and shared 3D models/scenes.

The ability to fly drones in virtual reality has always been on our mind, especially since our close Edu partner, PCS Edventures!, specializes in drone pilot training and curriculum. Fortunately, there are many ways to go about creating a drone flying game or experience using the Builder. We used a simple look event to trigger sideways animations on the drone in the Highway Drone Flying game, but you could also use JavaScript, moveBy events, and many other options!

The trickiest part about creating this game was not the drone or spawned cars, but the moving background scene. Instead of trying try to fly the drone forward and spawn mountains in front of you, we opted for moving the scene towards the player instead! That way we could loop an animation and not have to spawn in any more game objects. However, the timing of the looped animation proved to be very hard to get "just right" and still looked a little odd by the end of the challenge. It was a great opportunity to test out another theory in game development!

If you are looking to build your own Drone Flying game and want some ideas for game mechanics, here are a few that I wanted to add to this game, but just didn't have time:

Based on: Drone Flying Challenge Template

You can experience Highway Drone Flyer Game for Free in VR on: