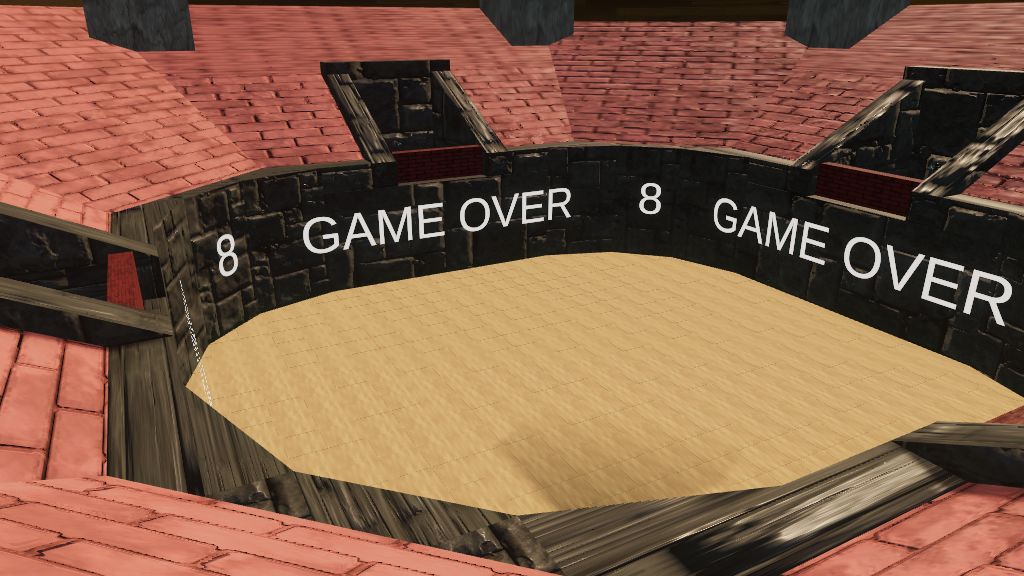 Shoot the sandstone under the other players to make them fall into lava! The last player still standing in the arena wins. Inspired by the popular Minecraft minigame "Spleef."

Enjoy a small tutorial scene in the lobby. Select the Start button to join a game. Once in, the gate will let you go into the arena, but not if you've already fallen.

Players are assigned one of many types of weapons; a chargeable plasma gun, capable of ripping through blocks at high power; a rapid-fire paintball blaster; and a bit crunched rocket launcher. Each one will destroy blocks to get players to fall into lava, and each one is capable of delivering the final blow!

I made this game because of an old Minecraft minigame that I used to play, called Spleef. Players had to run across a large field of blocks, making the blocks fall from underneath them as they ran. It reminds of the core gameplay of Tron or Snake, where the players must avoid each other's paths. For this game, I thought, what better way to have some fun than to give players some weapons? Instead of having the players destroy blocks underneath them, I would let players shoot the blocks away instead. This style of gameplay requires players to aim predictively and also maneuver and strafe in a way that avoids their own demise.

Play with up to 8 other players, on any device.

You can play Arena Tumble for Free in VR on: